Maiden with the Seagull

The most famous statue in Opatija 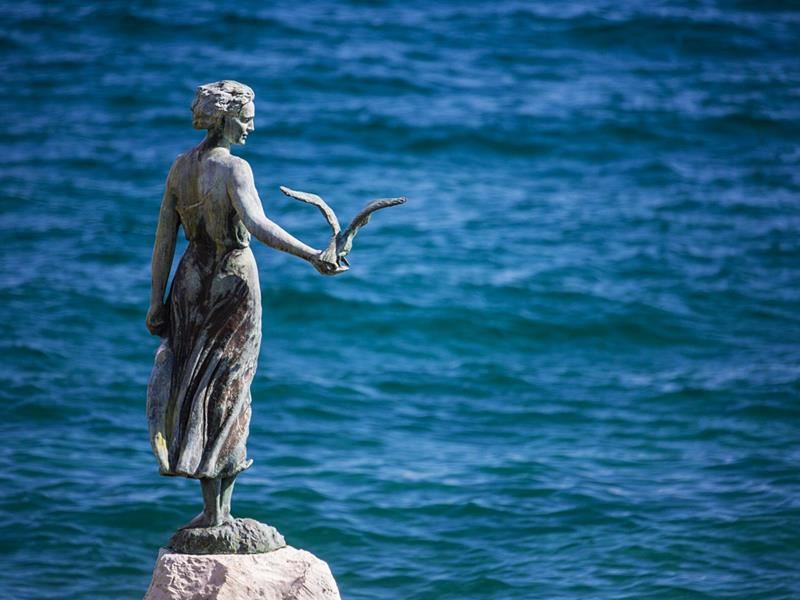 On the promontory in front of the one-time cemetery a girl extend her arm to a gull. This, however, is a new sculpture, the work of a sculptor Car, and it was erected here in 1956 and turned into one of Opatija’s symbols. Before that, in its place, namely until demolished by a storm, stood the “Madonna del Mare”, the work of sculptor Rathausky from Graz (his also is the fountain “Helios and Selene” in the park between St. Jacob’s Church and hotel Imperial). The “Madonna” was erected to keep vigil over the soul of count Arthur Kesselstadt, who vanished, not far off from that promontory swallowed by the pre-Easter waves in 1891. During that excursion the contess Fries also lost her life, but her son Georg was saved.

Today a gilded variant of the Madonna can be seen in front of Saint Jacob’s church.